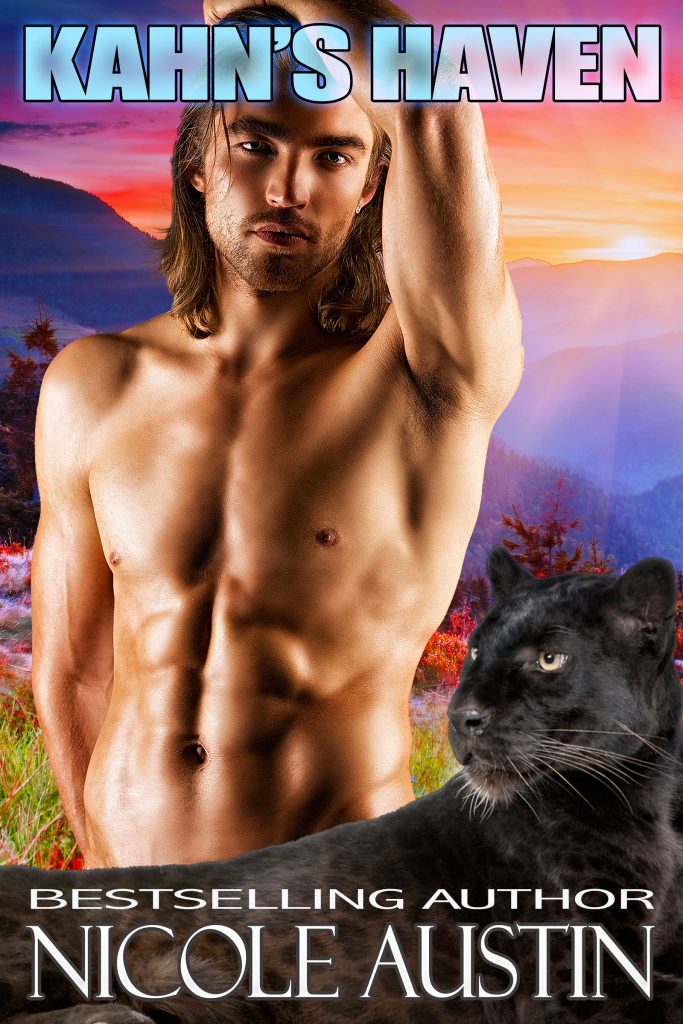 How’s a girl to attract and capture the shape shifting jaguar-man of her fantasies?

Lost, dehydrated, mired in a fog of confusion, Anita Bennett is being stalked through the mountains by a black jaguar with golden eyes. Or maybe it’s a tall, dark and handsome man with those same stunning eyes. At first it all just seems like a fantastic hallucination.

Part man, part jaguar, Rakahnja knows he cannot keep the beautiful woman he finds injured in the mountains. Anita belongs to the human world, even though she’s captured his heart. But he sees no harm with indulging the carnal instincts she stirs. At least until there’s no choice left except returning his mate to the city.

Anita’s fight to solve the mystery of eight lost days in the mountains leads to a hunt for the jaguar-man who haunts her fractured memories. Her plan — find and seduce the lover she’s certain is not a mere figment of her concussed mind. What she never anticipates is his resistance. Armed with only sheer determination and her stubborn refusal to give up, Anita finds that more than her happiness is at stake.